Out Of This World: Enceladus 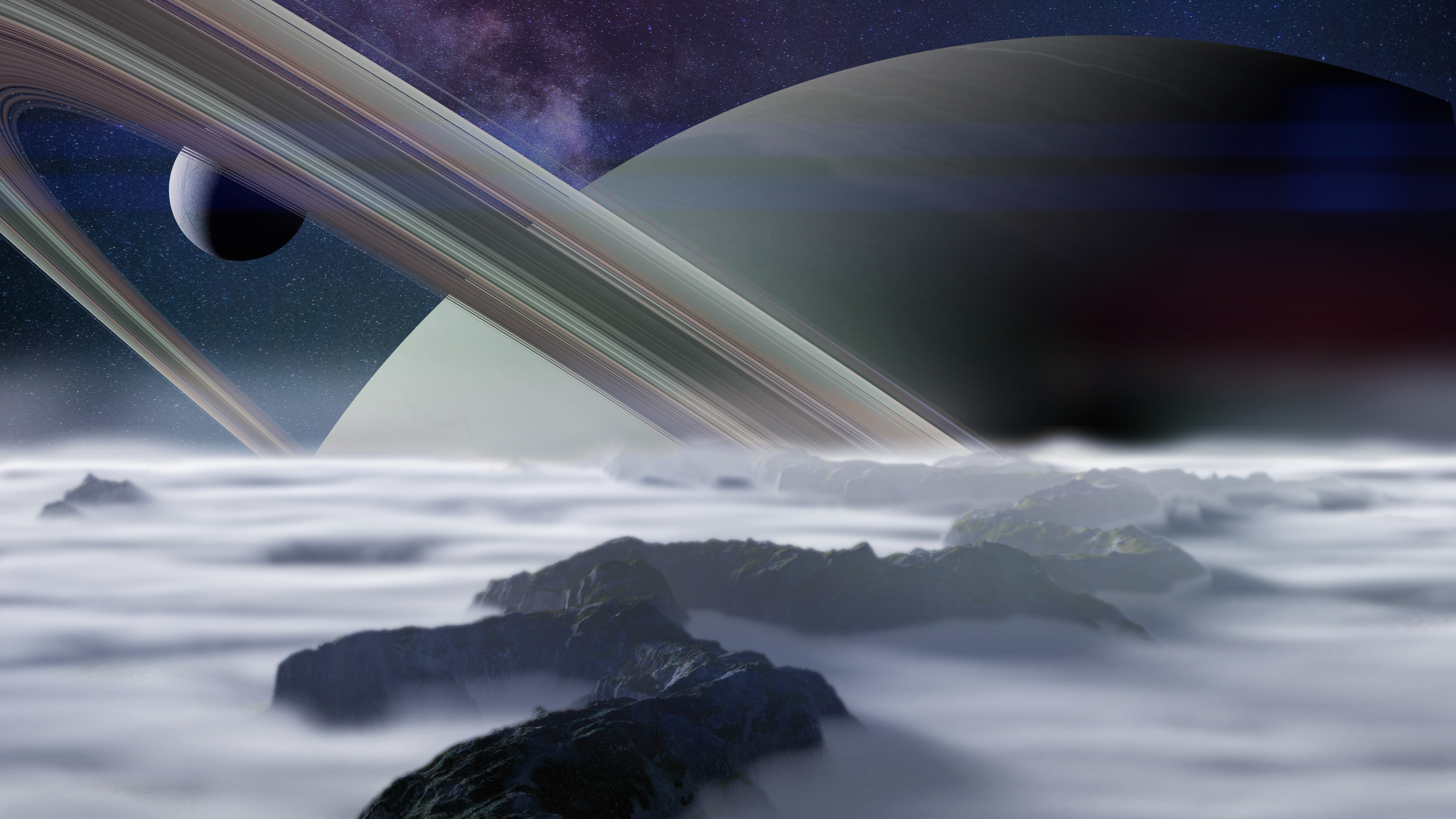 Water is a known finite source on our planet, and it goes without saying that we should take better care of our resources. However, with space tourism becoming a sure reality, it is of special interest to see if the molecule which makes us unique in our Solar System is found elsewhere.

This blog will look at the discover of water on one of Saturn’s many moons, Enceladus. If you missed the first parts of this series, you can check it out by reading Part 1: The Blue Planet, Part 2: Lunar Water and Part 3: The Red Planet.

A Type Of Lettuce?

Enceladus is one of the largest moons of Saturn and has one of the most reflective surfaces in the Solar System suggesting a surface coated in a thin reflective frost. While our previous blogs have looked at hydroxyl ions in minerals or geomorphological features of satellite imagery, for Enceladus the evidence for the presence of water comes from gravimetric measurements.

There has been a theory about the presence of water on Saturn’s satellite since the discovery of water vapour and ice from a vent near it’s south pole.  However new evidence from geophysical measurements confirms the presence of liquid water (a rare occurrence we are discovering) inside the moon. 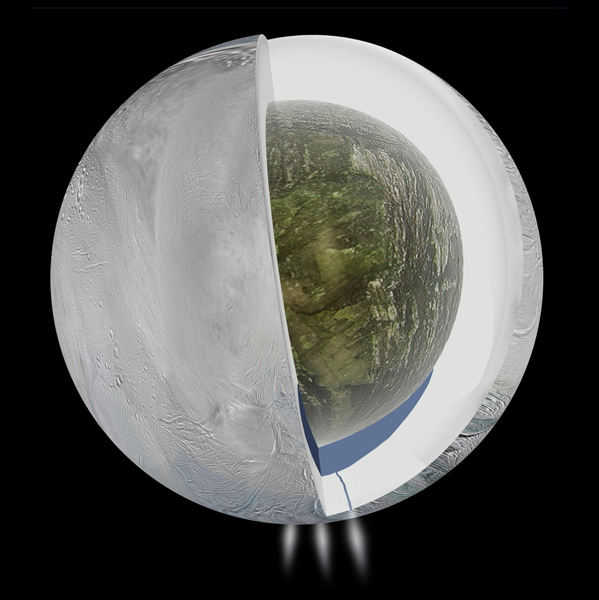 Not so special after all?

The Cassini Solstice Mission is an extension of the original mission to investigate Saturn and its moons which will run until 2017, making it 20 years since the start of the original mission. The 12  instruments on the Cassini spacecraft have been sending daily data about Saturn’s system since 2004. Spacecrafts such as Cassini are affected by the gravimetric pull of a body such as Enceladus, causing it to either speed up or slow down as it flies past. This assumes a perfect sphere, however if there is a mountain or a depression on the surface of the moon, it will either speed up or slow down more accordingly.

With Enceladus, it came as a surprise when some of the results thrown back by the instruments were skewed by some 2-3 mm. What came as a surprise to scientists at NASA was that some of the expected results were skewed during the flyby, suggesting that something else was also interfering with the gravity reading.  The data suggests that the liquid water lies deep under the surface, approximately 40km.  The water then comes up to the surface through tiger fractures which expand and contract as a result of the gravitational pull from Saturn, allowing more or less water to propagate through to feed the geysers.

Not only that, but it is thought that such plumes and activity exist on neighbouring Jupiter’s moon, Europa, as well. Maybe there is indeed more liquid water around the solar system than we thought, and possibly a location for undiscovered life in the solar system.

In the final instalment of our “Out of this World” series, we will be taking a look at the possibility of water on comets and asteroids. 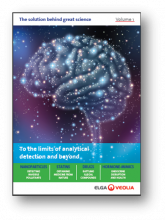 Check out our whitepaper on science which is pushing the boundaries of analytical detection.